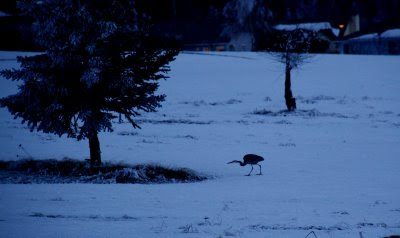 So the blah blah comes up again and again about what they call the fix, a change, finally.

Here is a blanket statement for you: The problem is self-government.

Can you believe that book Deuteronomy in the Old Testament—Moses giving the Israelites all those RULES? The word “rules” as referring to behavior modification, has a distinct negative connotation. But Mo made no bones about it—if you follow the rules, blessing comes, if you do not, curses. He didn’t just tell them once, he HAMMERED them with this.

And God said the Israelites did NOT need a king over them. God was their king. They had been given the baseline for right and wrong. No king necessary. Each man acting in accordance with the law is the blessing of untold freedom. Freedom from the necessity of even needing government.

Oh, you say we are not perfect enough to make this work. And we need the coopertive effort of a government. True enough. But could it be our country is slipping into more and more government because people have lost the compass of those rules? Do we, even as Christians, not have a basis for acting rightly, except for governmental laws which forces it out of us? Or else.

Can we get that freedom back? Do we want to?